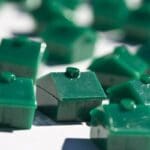 Following are some highlights from the report.

As noted when we have reported the results of previous quarters, the REIT report splits the suburbs of Hobart into three areas – inner, middle and outer. The report lists the suburbs in each area, but includes some unusual allocations. Middle Hobart includes, for example, Lauderdale (20km from CBD), Seven Mile Beach (20km), Tranmere (14km) and Old Beach (17.5km). Whereas Outer Hobart includes some suburbs closer than these, for example, Mornington (8km), Warrane (8km),Bonnet Hill (13km) and Kingston (12km). This needs to be taken into account when reading the results by area.

The two tables below show the top ten suburbs or towns in terms of median price and growth. As with many results for Tasmania, the low sales volumes in some suburbs present (or not present) in these lists can easily skew the data. Only four of the suburbs/towns that featured in the June list reappear this quarter.

Top Ten Most Expensive Tasmanian Suburbs/Towns (for the September Quarter)

The limited number of sales for some suburbs means that this list can vary significantly from quarter to quarter as is evidenced here with eight suburbs from the June quarter exiting the list.

The limited number of sales in some suburbs and the impact it has on the median prices is reflected well by the change in ranking each quarter for Battery Point. Battery Point does not appear in the top ten for the September quarter as the REIT require that there be at least 5 sales in a suburb for it to make the list. Battery point had 4 sales at a median price of $632,500 and in June an average of over $1m but again only four sales. In the March quarter it held the number one spot, which is where most people would agree it really belongs. This small suburb consists of the tiniest heritage houses through to magnificent heritage and modern mansions that sell for several million dollars but rarely go on the market and tend to take a while to sell. The mix of houses sold within those few sales per quarter in this small suburb has a huge impact on the median price.

Another surprise in this list is the inclusion of New Norfolk. Looking at the more detailed results in the report shows that the suburb average has increased by 131.6% in the quarter. Clearly there must have been one or two  sales of significant properties. Sales prices in this area are generally more modest.

All suburbs in this Top Ten have changed from last quarter. The table shows growth over the 12 month period.

The report also includes data on the location of buyers – reporting 178 (14%) interstate buyers and 5 (<1%) overseas buyers.

This data is most likely extracted from the sales contracts for each property and has used the address of the buyer at the time of signing the contract. What this information cannot show is if the interstate buyers are relocating to Tasmania or purchasing investment properties. What it also can’t highlight are the purchases of anyone recently relocated, but with a Tasmanian address at the time of purchase.

For those interested in investing in or renting in Tasmania, the vacancy rates and median rents are reported. Vacancy rates have once again increased across the state and are reported as 5.0% in Hobart (up from 4.8%), 3.5% in Launceston (up from 2.9%) and down to 6.0% in the North-West (down from 6.2%).

Source: REIT Property Quarterly Report, September 2012. A full copy of the report is available for purchase from the REIT website at Market Facts REIT : Real Estate Institute of Tasmania

If you are interested in finding the ideal Tasmanian property for yourself or as an investment then please contact us.

Remember to stay up to date with Tasmanian news and all issues to do with moving to Tasmania subscribe to our email newsletter (form in the sidebar) or follow us on Twitter or Facebook.