Our own moving to Tasmania story 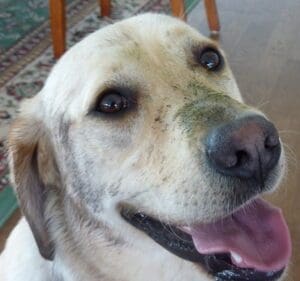 This is our personal moving to Tasmania story.

We have moved to Tassie! My husband Dale and I are both born and bred Tasmanians. I grew up in Hobart but left twenty years ago to move to Melbourne, and Dale grew up in Launceston and later studied and lived in Hobart before leaving Tassie in 2004. We met in Melbourne in 2006 and never really thought too much about coming home until about a year ago. It just felt like the time was right and the decision was more or less made over a couple of glasses of bubbly last New Year’s Eve.

We are quick decision makers, but being a little cautious I wanted to have a weekend in Hobart to look at property and get a feel again for living here before making the final decision, which we did in mid-January. In reality, of course, the decision was already made before we arrived.

Why Move Back to Tasmania?

The catalyst for our move was Dale wanting to return to study to commence his PhD in Law. He wasn’t successful in his application to the only ‘geographically appropriate’ Uni in Melbourne, and so the options became moving in Melbourne to be closer to another Melbourne Uni or moving home to Tassie. The Melbourne option, if we didn’t want to increase our mortgage, would have meant moving to an area of Melbourne I didn’t fancy living in. Despite that, I surprised myself by really liking the idea of moving back to Hobart. It is just something I had never really thought about.

Of course, it then became clear that there were many other advantages in making the move and it became about wanting to achieve other things as well. Being close to family once again, reducing our mortgage by buying for less, the great Tassie lifestyle and the joys of less traffic and travel times were all big reasons for the move.

Also after making the decision and thinking about what I might do for work (yes, it was lower mortgage and not no mortgage unfortunately…) I started thinking about the idea of a new business. So after lots of research and ground work, Settled In – Home Search and Relocation Services Tasmania was created. This is most definitely something that we could only achieve in a smaller market like Tasmania.

Deciding where to live

Even though we both knew Hobart well, it still took us a little while to decide where exactly to live. This is what we did.

We set a budget and looked at properties online in a wide variety of suburbs that appealed to us for all sorts of reasons. We thought about the facilities in each suburb and travel time to Uni for Dale. There was no point being two buses and 45 minutes travel time away if we wanted this new relaxed lifestyle. Plus Dale is vision impaired, so it made sense to make the journey as straight forward as possible for him and Charlie his seeing eye dog.

We booked flights for a long weekend in Hobart in January and then arranged inspections of our shortlisted properties for the Saturday. We saw 13 properties in five suburbs that day. Exhausting! More on the house themselves later…  At the end of this trip, we had decided on a location – Kingston Beach. We loved the idea of living right near the beach again. I grew up in Taroona just up the road. We ended up signing a contract for some land the following week.

We had a second trip to Hobart in May. Our house in Melbourne was still not sold and the contract on the land lapsed. Prior to this trip, we decided that building probably wasn’t what we wanted to do and moved back to looking at established houses. A house in Kingston Beach we liked in January was still on the market. We also started looking seriously at Sandy Bay. This meant giving up the beach (as Sandy Bay near the beach was out of budget), but it would mean being in a great location, closer to the city and to Uni.

On this trip, we looked at nine properties. The big decision was choosing between the two fave suburbs. However, as soon as we visited Kingston Beach I realised that I wanted it to rule itself out as Sandy Bay made more sense. Dale had already decided on Sandy Bay. Then it became about finding the right house.

Location sorted, but it took a while.

After all this and over 20 viewings, the final part of our house search focused on the Sandy Bay properties we had seen. We had a new budget (based on what we now expected to get for our Melbourne house) and this meant focusing on three bedroom properties that most likely would need some renovation. There are many lovely period homes in Sandy Bay and just a few on the market that fitted our requirements. We revisited a house we had seen in January. At that time if you added reno costs it was outside our then higher budget. But the price was seriously reduced now and we decided to go for it. We signed a conditional contract that weekend and it was all unconditional about six weeks later once our house sale went through.

The house is in a great location and easily walkable to the main Sandy Bay shopping area and also to the University. No buses for Dale and Charlie! We completed the renovations and moved in. You can have a look at our renovation blog to see the work we did! We ended up finding some great tradies and were happy with the work.

Our short lists were reasonably long on both visits, but that is often part of the process if your search area crosses a few suburbs. We found that a lot of properties that looked and sounded great on the internet listing eliminated themselves pretty swiftly once inspected. This was either due to odd layout, poor maintenance, average location, poor access, limited local facilities or size and functionality of the rooms.

Our new life in Tassie

We are really enjoying being back in Tassie, and happy that we made the right choice for us on the house and location. We lived outside of Melbourne, 55kms away, so the off peak drive to the city was only 35 minutes, but to work in the mornings it was most commonly an hour. Now, we are five minutes from the city and I can’t remember when I last put petrol in the car. That in itself has made a huge difference to each day.

We have spent some time reacquainting ourselves with a different part of Hobart and Tasmania. There are great places not too far away and some wonderful day trips from Hobart. Dale’s family are in Launceston and we have spent a weekend up there that included visiting some of the wineries in the Tamar Valley. Over the next few months, we intend to get to the East Coast and North West too.

We are also enjoying the weather. On a sunny day, it always feels so much warmer than the official temperature. In reality, it is mostly only a few degrees less than Melbourne, but so far with less rain and storms. I never loved the super hot days in Melbourne in late summer, so I think it will suit be just fine here.

Overall the lifestyle seems more relaxing than before and just easier to get out and do things.

Our main frustration in the whole process was the time it took to sell our house. We always planned to sell and move once settlement took place. So finally we arrived in Tassie in  September 2011. We just had to learn to be flexible and accept this long lead time. My original Easter deadline went past very quickly.

We were lucky that the only aspect of our move that was difficult to do from afar was the house search, but it still required two visits and quick decisions and was aided by our existing knowledge of the location. Given our plans for study and a new business we didn’t also need to be job hunting, and not having children meant instead of hunting for schools we just booked the cat’s accommodation. So the time we could devote to the house search only was sufficient.

The main advice we have for anyone planning to relocate is to be organised. There is so much to plan and you can’t do it all at once. Work out what can be done months in advance (like buying a house) and what can only be done closer to your move (like renting a house). There is no point stressing about the aspects of your move that can’t yet be actioned.

Of course, relocating is about much more than just the house you plan to live in. It takes time and effort to relocate the other parts of your life too. Depending on your circumstances you may need to consider schooling and childcare, sports clubs, your pets and other recreational needs. You need to think about how you will immerse yourself into a new community, and this takes time.

If you would like some more advice about relocating to Tasmania, moving to Tasmania or what it is like living here, we are more than happy to answer questions, so please comment below or you can email me directly.

If you move to Tassie, I hope you love it as much as we do.

Remember to stay up to date with Tasmanian news you should either subscribe to our email newsletter (form in the sidebar to use) or follow us on Twitter.