Is it time for a sea change or tree change to Tasmania? 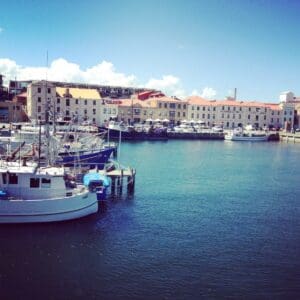 A new year and time away from work is often when we start thinking about changing our life. For many this is about moving to a new place and establish a new lifestyle. Have you been holidaying somewhere beautiful and wishing it was forever? Perhaps you have been to Tassie recently?

The attraction of a sea-change or tree-change is strong for many and in my opinion, Tasmania is a great location for this.

This short article appeared in The Mercury newspaper in the new year and talks about this very common desire.

Time to think on a sea or tree change

One million Australians – or one in 25 – will leave the rat0race of city life behind to live and work at the seaside or in the countryside in the next three years. Up to one million people are predicted to make a downshift in lifestyle through a sea-change or tree-change to seed a more relaxed and scenic environment.

Research by online lifestyle advisor Sea Change Success reveals 350,000 people contemplate making a sea-change each year but only 20 per cent of them make it happen. However, 80 per cent of those are glad they did it and wish they had made the change sooner.

National Seachange Taskforce executive director Alan Stokes said now was the most common time for people to contemplate a move out of the city, while they were holidaying in a coastal area. He said it was important to evaluate job opportunities and lifestyle expectations before making the move. “It’s really important to find out while you’re there in the community, to talk to locals, ask them what is the local employment situation,” Mr Stokes said. “Then there are those people who can take their job with them and that’s a growing number of people. Those people… have a major advantage.” He said locations within an hour’s commuting distance of metropolitan areas and particularly with good road or rail networks were popular choices.

If you are contemplating a sea-change or tree-change to anywhere in Tasmania, then please get in touch to ask any questions at all and to talk about how we can help you make it happen. Be one of the lucky ones who changes their lives and loves the change!